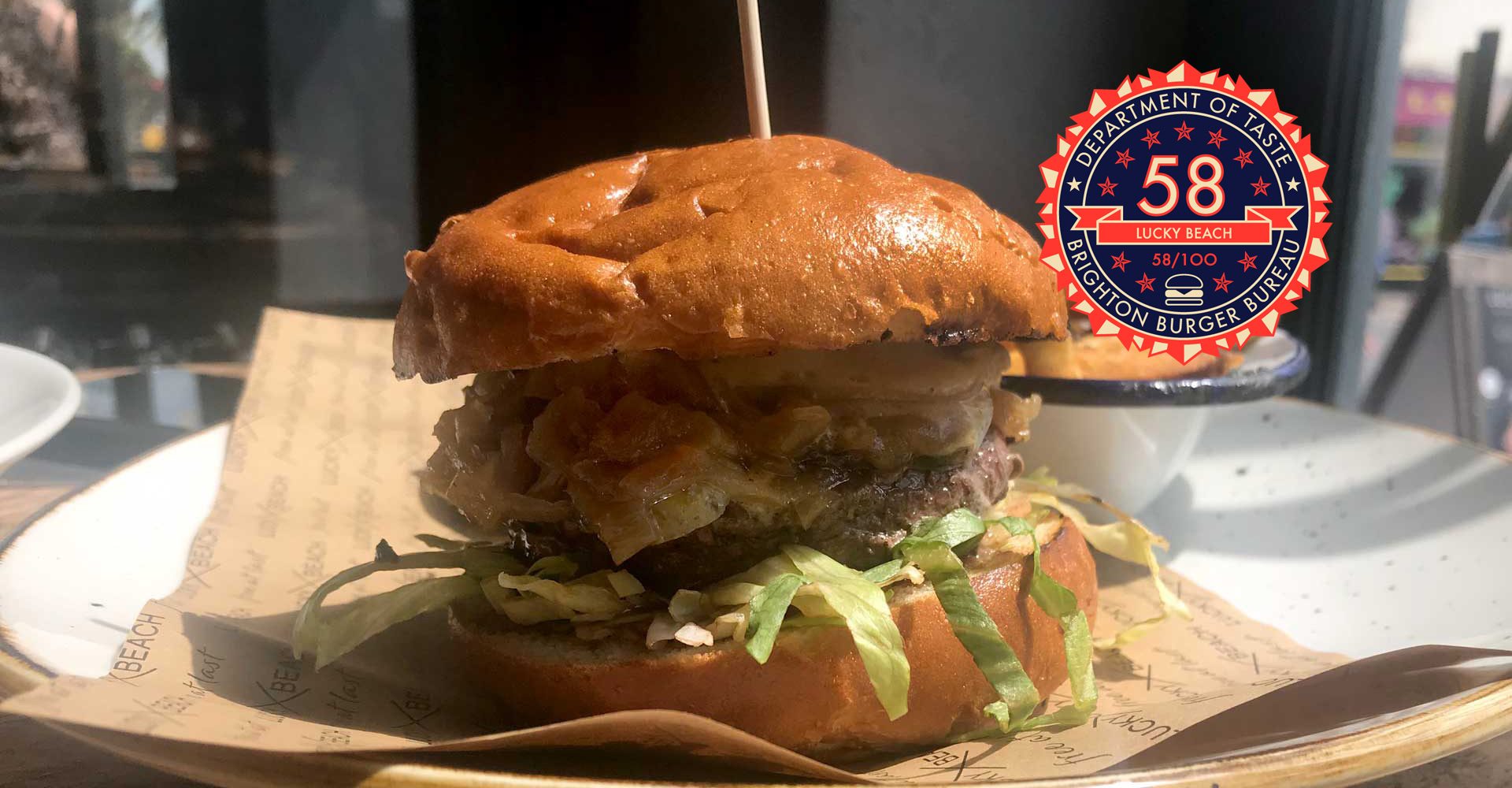 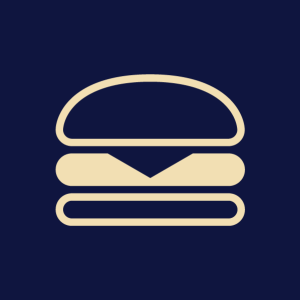 So is Lucky Beach Brightons best burger? Agents Hasburglar and Pennywise are on the case.

Lucky Beach used to be my fave burger joint in town. Better than Troll and Burger Brothers (this is before the days of Humble Kitchen & Lost Boys moving in). The location down on the beach and the whole vibe of the place was seriously cool.
Firstly, lets be clear. We weren’t at the beach front Lucky Beach, rather the satellite location at the Temple Bar pub. A pub I really enjoy. Sadly though, the heady heights I remember of spending lazy Saturday afternoons on the beach munching burgers and drinking beer are a far cry from what was served up at Temple Bar.

Firstly lets start with the positives. The service was great. A smiley happy bar lady took us through the menu in great detail. She had obviously eaten most things on there and really knew her stuff. Another pleasant surprise was the price. 3 burgers and 3 sides and drinks for £40 was very reasonable, although it may have been partly due to a Brighton Festival deal they were running. Either way though, a great start.
When the food arrived a short time later it also looked great. We love a branded paper liner (it’s the little things) and everything was served up on a mixture of crockery and tin bowls.

The Ox cheek nuggets were also a gem, so flavourful and juicy. The highlight on the food front.

Continuing my cheese rant. New wankiest cheese term for a burger ‘cheese fondue’. It conjures up images of this thick gooey cheese sauce oozing out the sides of your burger and making a real mess of your hands (filth factor 10 people). So whilst sounding wanky, I had high hopes. Alas, cheese fondue, is actually just a slice of cheese melted. How underwhelming. The ‘cheese’ sauce from the fries would have been better.
The patty itself came pink after I asked for it rare (good). But sadly it had pretty much zero flavour or seasoning (bad). The bun was so dry, almost tasted slightly past its best. The Super Diablo burger had plenty of heat, but no depth of flavour. K-Pop Chicken burger was more K-Fed than K-Pop and had the same issue as everything else (dry and a tad tragic. It had less sauce than everything else).

SAVED BY THE SERVICE AND PRICE

All in all massively underwhelming from the heights I remembered. Frankly if it wasn’t for the service and the price Lucky Beach would be languishing near the foot of our league. In fairness we should probably go to the main restaurant and renew the scores at some point as these satellite kitchens rarely hit the heights of the originals!

It had been a while since I joined my fellow agents on a bit of a burger tasting session. Hasburglar had been going on about how Lucky Beach used to be his faves. I was expecting good things.
Unfortunately though, Ox Cheek Nuggets aside, nothing really hit the heights I was expecting.

If it wasn’t for the name, ‘bacon blue cheese fries’ you would not have known there was a sniff of blue cheese in there. It was a pleasant enough sauce (trust me you needed the sauce to soften those dry ass fries) but for blue cheese lover this just missed the mark. The flaccid bacon didn’t help either. Surely this needs to be crispy?

I like a bit of heat so opted for the ‘Super Diablo’. This blew my mouth off, but rather than having a layering of heat and flavours it just nuked my mouth. The patty itself has little to no seasoning, just the heat of the sauce.  The really dry bun did little to help me get it down. Strangely Agent Hasburglar didn’t find the heat an issue, but agreed on the sheer dry, blandness of it all.

Thankfully the Ox Cheek Balls came to the rescue. Really rich, tasty balls (sorry nuggets) with the kimchi on the side. These were really great. The definite highlight of the meal.

Finally we came to the K-Pop Chicken Burger which we shared. The chicken itself was pretty decent but seriously lacked seasoning. If I thought the bun was dry on the Diablo, that was nothing compared to this. Not sure if it was past its best or the sauce was seriously lacking but it was an effort to get down. A sad end to a disappointing meal.
Agent Hasburglar was equally as unimpressed, insisting it was always much better at the flagship seafront location. I would definitely like to try the original offerings, but I won’t be rushing down after todays experience.

To say we left disappointed is a bit of an understatement. Maybe we should have gone to the main restaurant (and we will at some point) to do the review. But at the end of the day if you are putting your name on something, no matter where it is you need to maintain the quality. Sadly on this occasion we found it sadly lacking.
Its not just us too. Was chatting with other another food blogger in Brighton who tried one of their veggie burgers a while back. She too reported it to be ‘disgusting’. In her words ‘dense undercooked bread, lumpy floury cheese sauce, everything under seasoned and some store bought brown ketchup’.
What a shame. Lucky Beach used to blow away the competition or at least be right up there a long side of them. Sadly, though, based on today, this is no longer the case. 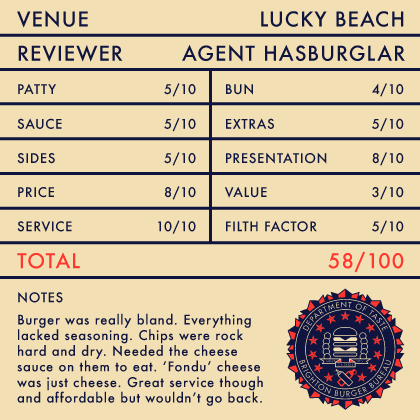 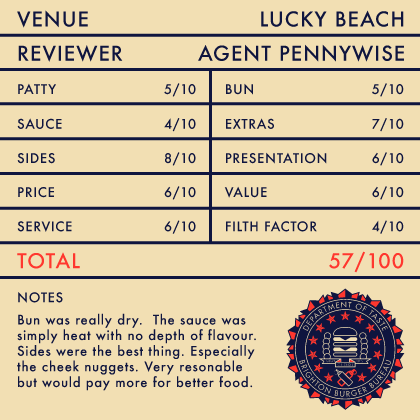 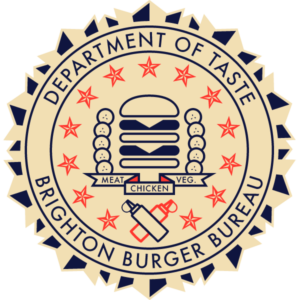